Recognition for Westnet at «Protagonists of the Greek Economy» 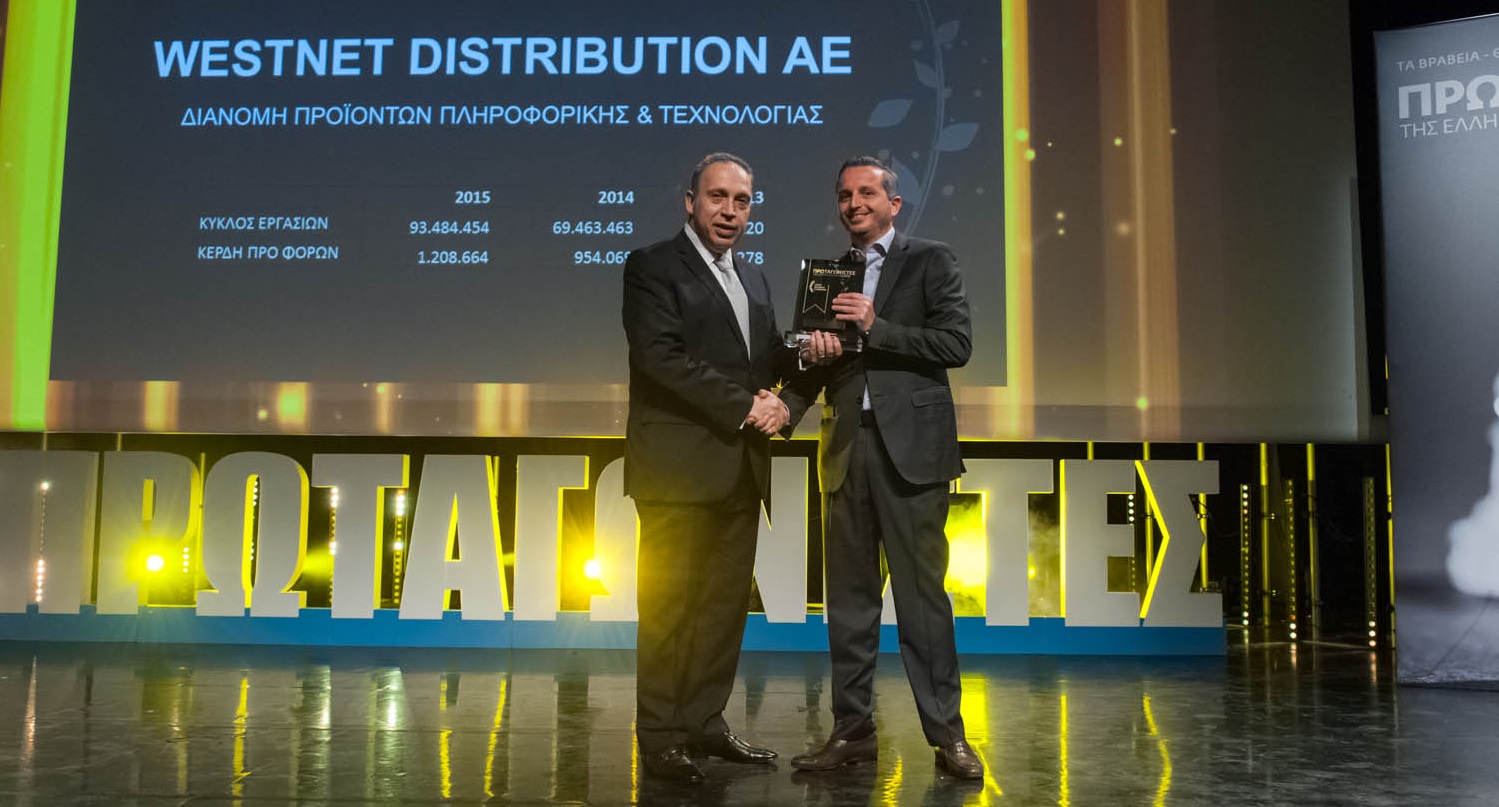 Recognition for Westnet at «Protagonists of the Greek Economy»

Westnet, member of Olympia Group, established by Panos Germanos, was selected among the “Greek Business Champions” at the event “Protagonists of the Greek Economy”. The event was organized by the company “Direction Business Solutions” under the auspices of the Ministry of Economy & Development and of SEV (Hellenic Federation of Enterprises). It took place on Monday, May 15th, at the Athens Concert Hall, Greece, and awarded Greek companies which despite the crisis environment continued to be profitable and to also play a leading role and grow.

Specifically, Westnet, one of the fastest growing companies in the area of distribution of technology products, received the award in the category “Greek Business Champions”. The particular category distinguishes companies with turnover higher than 15 million Euros and with growth rates higher than 20% in turnover and 50% in earnings before taxes. The especially strong performance of Westnet, which has recorded an increase of 94% in turnover and of 152% in profitability during the period 2013-2015, placed the company on the top of many other large Greek companies thus leading to this important recognition.

Robby Bourlas, Chief Executive Officer of Westnet accepted the award by stating the following: «I would like to express my gratitude to Direction for this important recognition. Westnet, a Greek company and member of Olympia Group, is indeed one of the fastest growing companies in the area of technology. This recognition is especially significant given the difficulties seen in the market during year 2015. The results demonstrate that our decision to continue investing and supporting the Greek economy was right. »