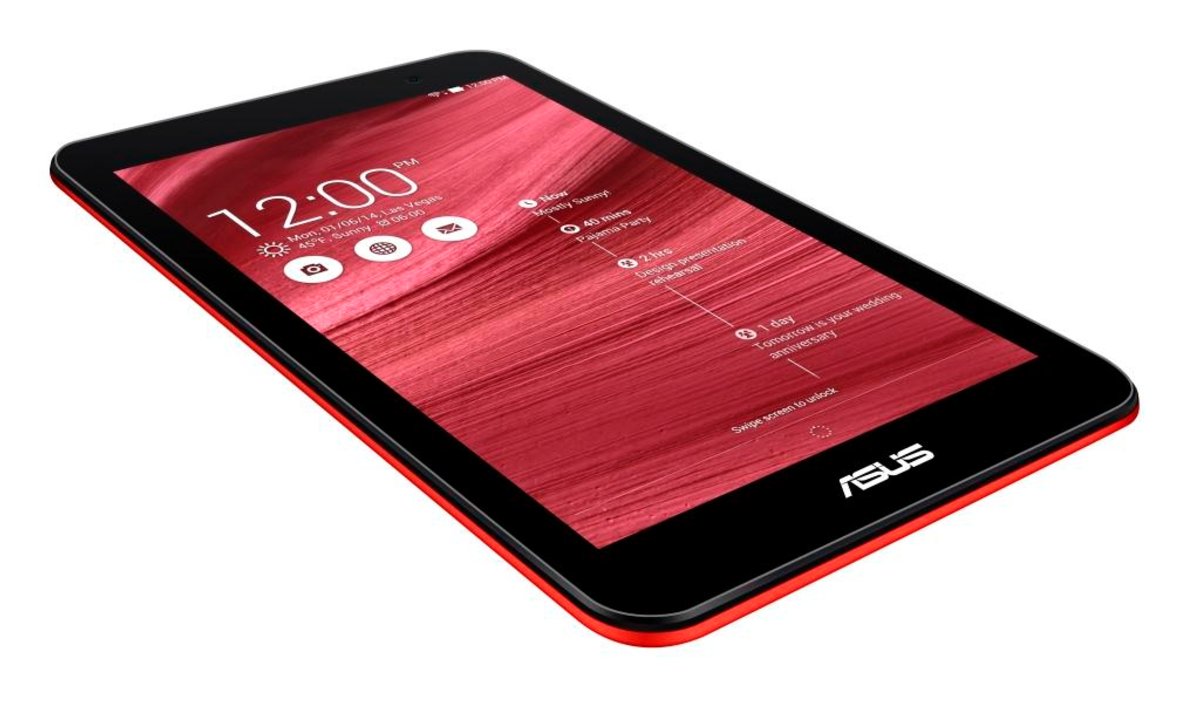 The first android tablet with a quad-core INTEL processor at the unique price of 159 Euros, available in 4 different colours

The ASUS MEMO Pad comes to the Greek market from WESTNET DISTRIBUTION in 4 different colours (black, white, blue and red) and is the new proposal which meets the needs of the most demanding consumers. It features a top IPS 7″ screen, 1280 × 800 pixels analysis and two cameras (a main camera with a 2 MP sensor and a secondary camera with a 0.3 MP sensor) which, alongside ASUS Pixel master technology, promise unique shots and give a whole new meaning to” selfie” pics since the rear camera can automatically detect up to 3 different persons and take the best picture without you doing anything more than simply turning the tablet towards you! It also features 1 GB RAM memory, capacity of 16 GB, Bluetooth, MIRACAST (wireless video and audio transmission) while at the same time supports GLONASS, in addition to GPS, allowing optimal navigation even in the toughest conditions (i.e. in confined spaces).

At the same time, it is characterised by high autonomy, since the combination of the Intel processor with its very large capacity battery can provide up to 9 hours of use.

The new ASUS MEMO Pad 7 brings a new dimension to the tablet user experience as it features the latest version of Android Kit-Kat 4.4.2 software, while the use of extremely easy-to-use ZEN user interface, ensures that the user will benefit to the maximum from the technical characteristics of the tablet, the use of which is now even simpler! With ZEN UI you can rest assured, since it will inform/remind you of all your important obligations via what’s next and do it later.. Find out more about ZEN UI here

According to independent software (benchmarking tool) for product comparison, ANTUTU, which assesses the performance of android tablets and smartphones, ASUS MEMO Pad 7 ME176CCH scores more than double compared to quad-core Tablets which do not have INTEL processors.

The new ASUS MEMO Pad 7, the first android tablet with a quad-core INTEL processor, can be found at the unique price of 159 € at Media-Markt chain stores, Public, WIND and at more than 1000 shops selling technology products.

Westnet Distribution, a member of Panos Germanos Group, is the sole distributor for ASUS in Greece for Notebooks, Desktops, AiO PC, Monitors and Tablets.