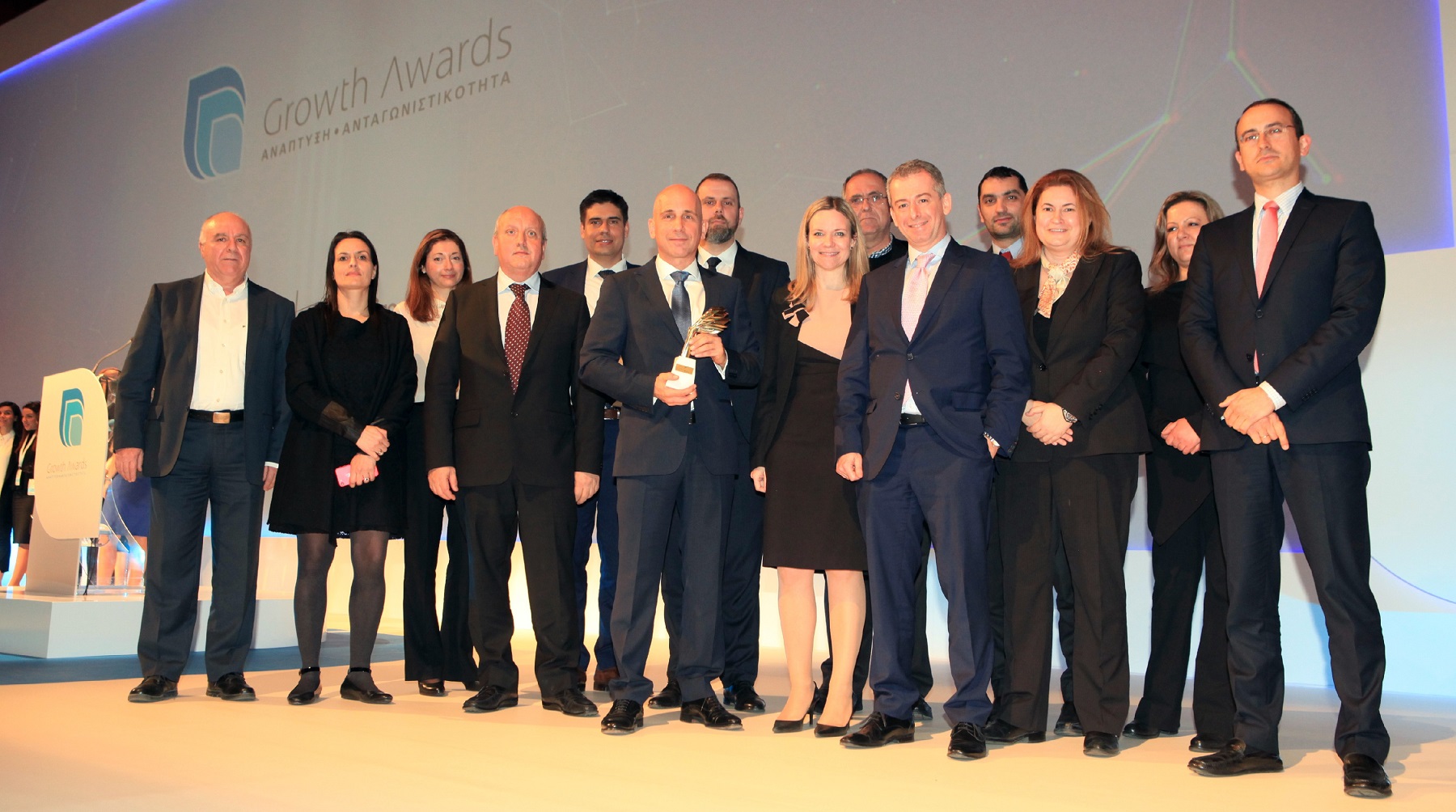 SYSTEMS SUNLIGHT, a subsidiary company of Olympia Group, was declared winner in the category “Development of Markets and Products” during the second organization of the event of “Growth Awards”. The presentation of the award to the Company underlines the strong position in the global market of energy storage systems, due to the Company’s dynamic export activities, as well as the credibility of its products, produced in the industrial unit located in Neo Olvio, Xanthi, Greece.

The event “Growth Awards” was established by Eurobank and Grant Thornton with the aim to award and recognize companies and corporations which combine high financial performance levels with a successful modern corporate history thus contributing to the formation of a new environment of entrepreneurship and employee culture in the country.

Based on the evaluation procedure called “Financial Growth / Health Matrix” of Grant Thornton and Eurobank, and also with the participation of the pertinent 15-member Committee of Critics that has been formed for the purposes of this event, SYSTEMS SUNLIGHT managed to achieve the highest performance level in the category “Development of Markets and Products”. This recognition places SYSTEMS SUNLIGHT among the companies which contribute to, and at the same time inspire, the creation of modern, dynamic and competitive dimensions in Greece.

During the event that took place at the Athens Concert Hall, Mr. V. Billis, Chairman and Chief Executive Officer of the Company, received the award and stated the following: “We thank the organizers of the event Growth Awards for this great honor. We are especially delighted to receive such a special award today, which demonstrates essentially the characteristics of our Company, namely the innovation in product development and our extrovert strategy through a clearly export oriented profile. SUNLIGHT is a member of the multinational group of companies, Olympia Group, and is already active in its market for more than 26 years thus comprising a global player in the fields of development, production and trading of industrial batteries and energy storage systems. We are a Greek company and with our basis in Greece we export 84% of our production to more than 100 countries worldwide. One can find SUNLIGHT batteries in airports, in mining facilities, in renewable energy systems in Africa as well as in many other international projects. Taking this opportunity, I would also like to thank the team of SUNLIGHT, our more than 800 employees in our two production plants in Xanthi and Komotini, a team which through its excellent work constitutes an example of the so-called modern Greece possessing at the same time a strong footprint in the global marketplace.”

The export dynamics of SYSTEMS SUNLIGHT along with its high production standards distinguished the Company among the 8,000 other candidate-companies that were evaluated in this year’s “Growth Awards”. Having developed a clearly export orientated profile, the Company now possesses a global presence. The production of high quality products which fulfill the multidimensional needs of the industrial sector internationally is essentially a strong commitment made by the Company, thus further strengthening both its competitiveness and its leading position.