A new era from Public Stores for electronic commerce in Greece 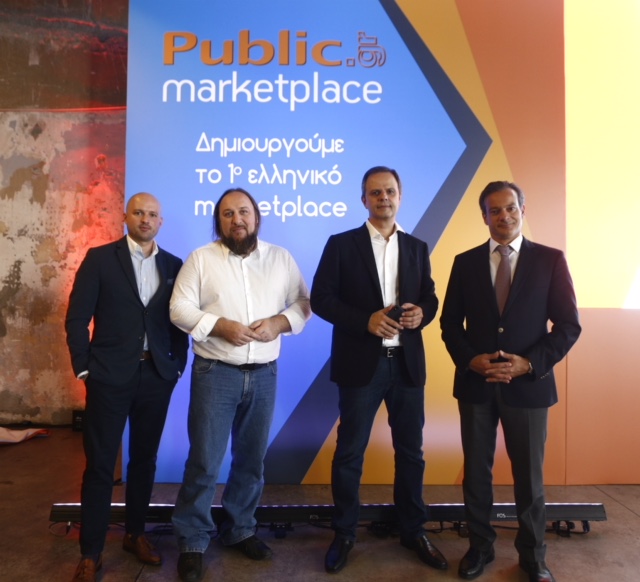 Public Stores, member of Olympia Group, presented today their new business initiative which concerns the creation of the first Greek Marketplace that changes what is known in the map of electronic commerce in Greece.

Public Stores, the largest Greek network of technology and entertainment stores in Greece and Cyprus, through an investment of 1 million Euro in an internationally leading platform of Marketplace, transform public.gr which is already the absolute e-commerce destination, into a giant online mall hosting small-size as well as large-size Greek stores.

Through the investment of Public in the Marketplace platform, the Greek stores have the opportunity to obtain their own shop in a shop at public.gr and get in touch with its customer base of 41 million visitors per year. Through the above partnerships, the product spectrum of public.gr is further enriched whereas its visitors are now able to discover new products and new categories such as: Baby products, home & Smart Living products, Gym and Sports products, Personal Care, Hobbies & Recreation products, Auto & Motor products, Travel and Seasonal products.

The Chief Executive Officer of Public Stores, Mr. Christos Kalogerakis, stated the following: “Over the years Public has based its business operations on the principles of innovation and partnership. With these principles we now invest and create the 1st marketplace in Greece offering the ability to the Greek entrepreneurs operating either small or large stores to promote their businesses and their products via public.gr which has over 41 million visitors per year. Currently, a large part of the purchases made by Greek consumers is conducted through foreign sites, whereas one can find similar and even better products from companies operating in Greece. At the same time, these partnerships create an immense online world which is full of choices for our customers.”

Mr. Fotis Antonopoulos, President of the Greek e-Commerce Association (GRECA) greeted the initiative by underlining its importance for the promotion of e-commerce in our country as well for the achievement of stronger familiarity of Greek consumers with the online purchases.

Public Stores collaborated with the company Mirakl in order to transform public.gr into the 1st marketplace in Greece. Mirakl offers in terms of technology the leading globally platform, whereas the company possesses experience and knowhow of 45 years in the area of marketplace having collaborated with top retailers all over the world, such as BestBuy, Walmart, Fnac-Darty, etc.

Public Stores, since their early start of operations, placed strong emphasis on e-commerce and have now created a team with very strong knowhow in the area of e-commerce. Public Stores were among the first companies in Europe investing in ATG ORACLE, the best e-commerce platform in the world. Today it constitutes one of the most successful e-commerce sites in Greece and Cyprus with an annual contribution to the company’s turnover by over 20%, whereas it possesses a unique online product catalogue with over 1 million products.

According to the official presentation of this new initiative, the collaborating stores which will select the new Marketplace platform of public.gr in order to distribute their products, have also the ability to obtain – without having to invest in online systems – another dynamic sales channel and enjoy a series of benefits, such as:

The most important criteria for the inclusion of a store in the Marketplace platform consist of the product category, the customer service, the packaging of orders, the timely delivery of the products according to the “time promise”, etc. The aim of Public Stores is to attain long-term partnerships which can generate mutual benefits and at the same time maintain a high level of customer service for the Greek consumers.