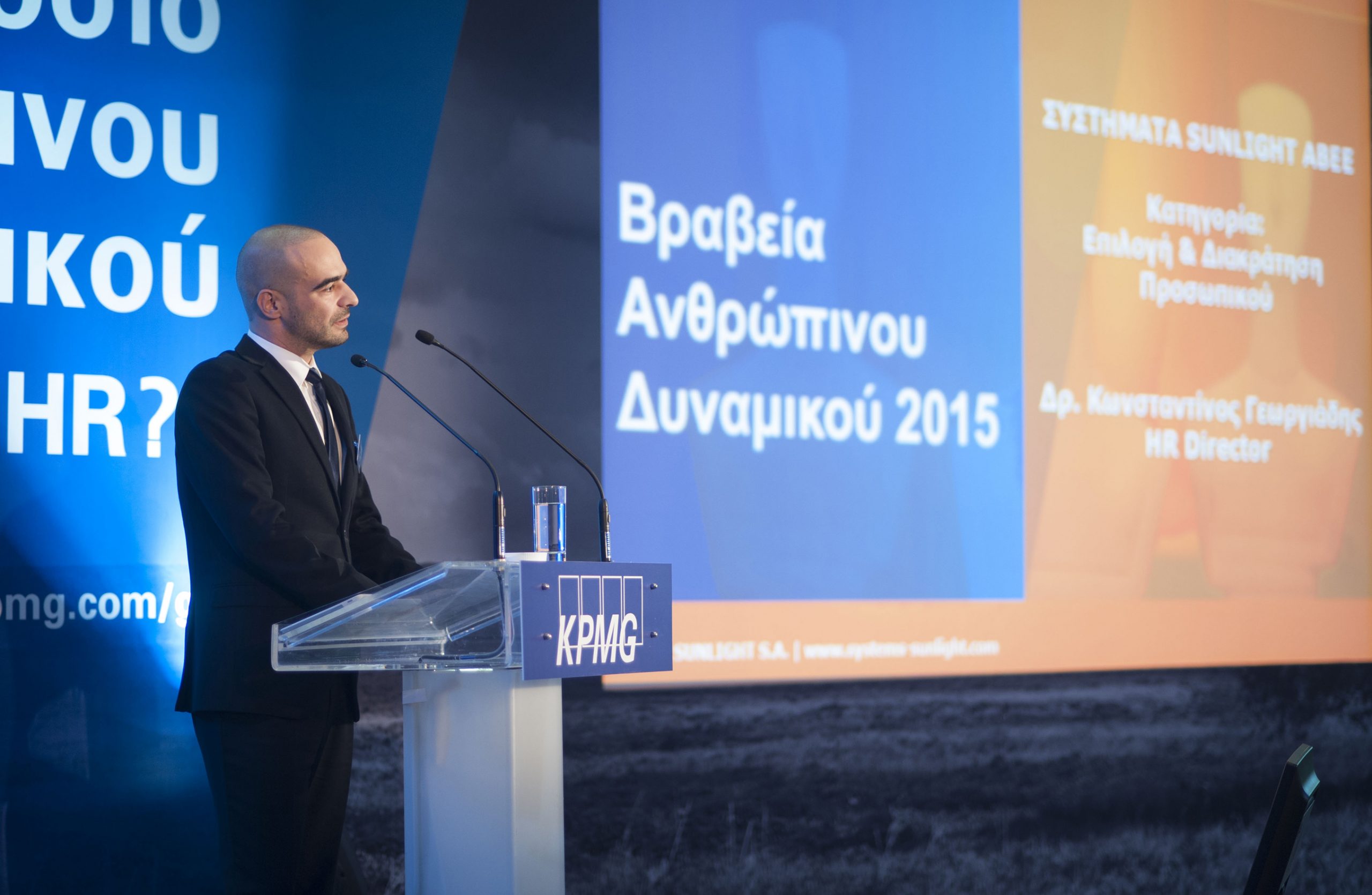 SYSTEMS SUNLIGHT, owned by Panos Germanos, was awarded a prize under the category “Recruitment and Retention of Human Resources” at the “KPMG Human Resources Awards”. The award ceremony took place at a special event during the 18th People Management Symposium organized by KPMG on 18 February 2015 at the Intercontinental Hotel.

The new distinction of SUNLIGHT relates to the implementation of a model recruitment program that ensured the successful selection, recruitment and induction of 50 new colleagues in just one month, aiming at meeting the increased demand in the production of industrial batteries created by the intense extroverted course of the company. In addition to adding new colleagues, this action also resulted in the immediate increase in production and the improvement of the productivity of the company, as reflected by relevant indices.

The award was received by the HR Director of SUNLIGHT and SUNLIGHT Recycling, Dr. K. Georgiadis. Dr. Georgiadis presented this specific program to the attendees, while at the same time he said: “Our distinction not only relates to a successful recruitment program, but also at the same consummates the company’s offer to the Greek society and the strengthening of the domestic labour market, mainly in regions such as Thrace, which are characterized by intense deindustrialization and high unemployment rates”.

KPMG organized the Human Resources for the 13th consecutive year, whereas world-class speakers and guests from international companies attended the award ceremony. The establishment of these awards by KPMG stems from need to acknowledge companies that adopt and implement innovative ideas in Human Resources issues and aims to reward and highlight the best initiatives in this field.