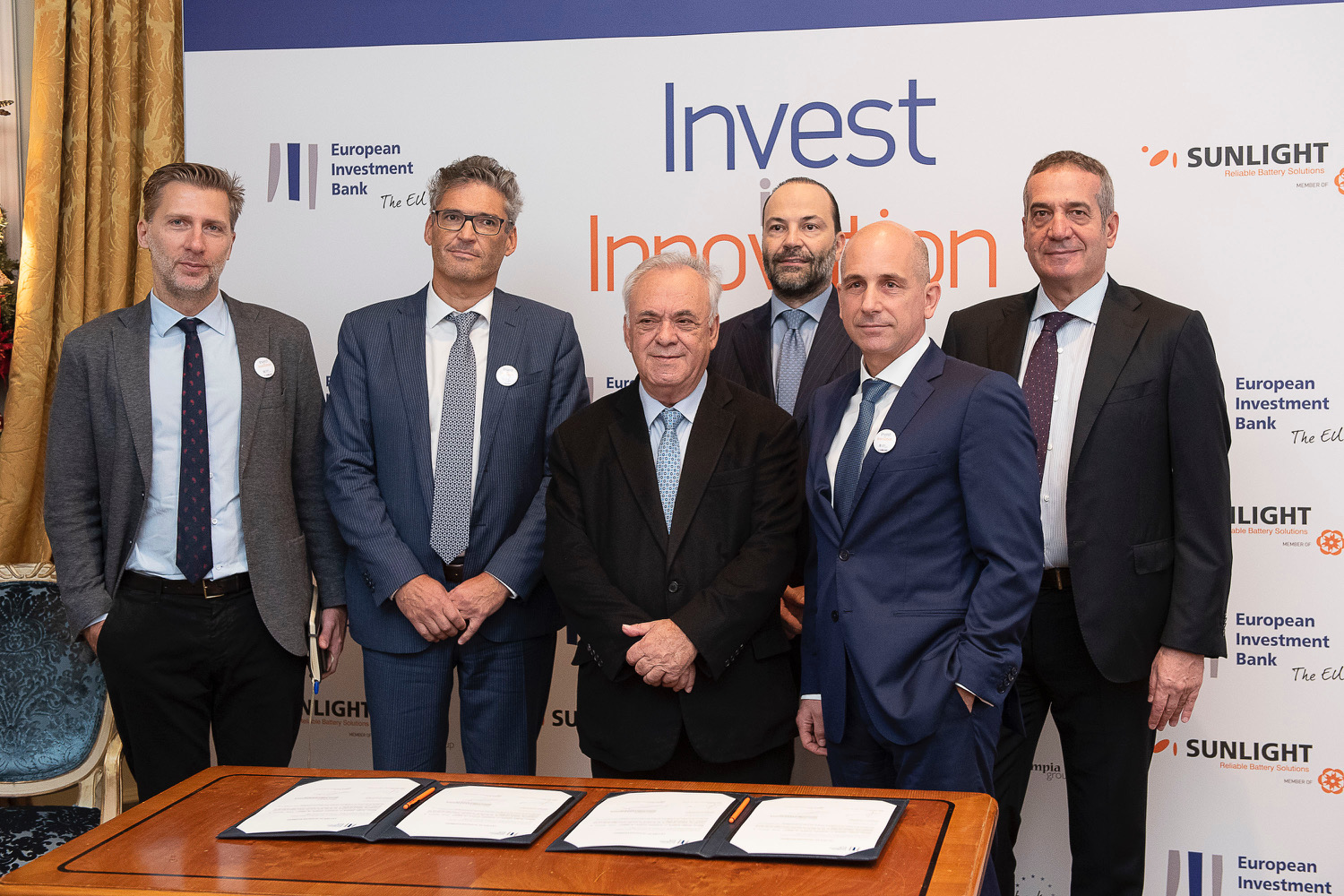 Specialist battery company SUNLIGHT, a member of Olympia Group, will significantly increase manufacturing capacity at its state-of-the-art plant in Xanthi, northern Greece, following a EUR 12.5 million European Investment Bank loan confirmed earlier in Athens today. The loan is the first support for industrial investment in Greece under a new EIB lending initiative backed by the European Fund for Strategic Investments (EFSI), which aims to mobilize at least EUR 500 billion by 2020.

The new investment will support both new specialized production equipment and strengthen research and development of new battery products at one of the most advanced industrial plants in Europe, as well as increase the working capital inventory of the company.

Deputy Prime Minister and Minister of Economy and Development Yiannis Dragasagis, during his presence at today’s signature ceremony, stated: “With my presence at today’s event, I wish to express the Government’s support for entrepreneurship that with creativity surpasses the difficulties and accidents that can occur in a manner that protects labour and respects employees. I also wish to express the support of the Government towards the region of Thrace where this operation is located and whose development is crucial for the sustainable and balanced regional development of the country.”

“SUNLIGHT is a leading producer of specialist batteries exporting to more than 100 countries worldwide. The new European Investment Bank support will enable SUNLIGHT to strengthen development of a new generation of batteries, crucial for renewable energy, transport and telecoms, and accelerate innovation. SUNLIGHT is pleased to be the first Greek company to benefit from the EIB’s new direct lending initiative that reflects the financing needs of dynamic companies in competitive markets.” said Vassilis Billis, CEO of SUNLIGHT. 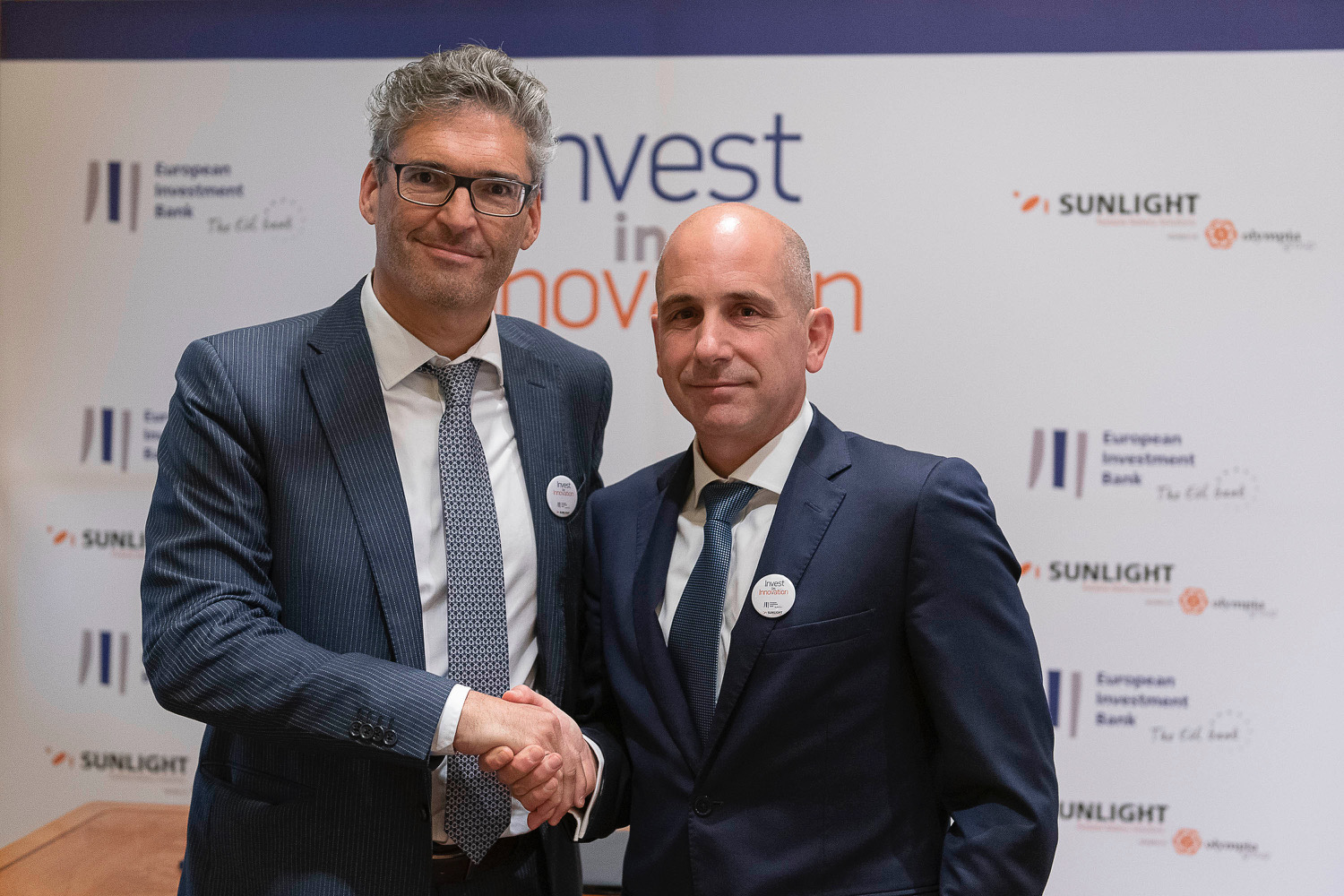 “Battery innovation is crucial for improving modern life and the European Investment Bank is pleased to support this new manufacturing and innovation investment by SUNLIGHT. The new EUR 12.5 million, seven-year loan is the first direct lending for Greek industry backed by the Juncker Plan and designed to reflect the specific financing needs of innovation driven firms. This demonstrates the EIB’s increased support for transformational investment across Greece.” said Jonathan Taylor, European Investment Bank Vice President.

Employing more than 840 people, SUNLIGHT and its subsidiaries develop, produce and recycle batteries used for a broad range of applications including forklifts and industrial vehicles, off-grid renewable energy systems and smart grids, telecoms, and backup rail signaling. More than 98% of SUNLIGHT’s own production is exported to more than 100 countries.

“We praise the EIB’s initiative for the direct loan facility provided to SUNLIGHT, a company which excels with their export activity around the world. This new initiative of a bilateral loan facility by the EIB within the framework of the Juncker Plan, is extremely important for our country’s development. The Hellenic Federation of Enterprises (SEV) invites other businesses that are active in competitive markets to take advantage of this important financing initiative in order to support their investment plans.” said Akis Skertsos, Director General of SEV.

New investment backed by the EIB loan is expected to create new jobs in a region of high unemployment, and significantly strengthen research and development activity and cooperation with industrial partners, universities and research institutions.

The EIB loan represents the first direct financing for Greek industrial investment under the Investment Plan for Europe, or Juncker Plan.

The European Investment Bank’s dedicated Investment Team for Greece is discussing future direct financing with a number of Greek companies and is available to speak directly to companies about new financing opportunities available under the European Fund for Strategic Investments (EFSI), part of the Investment Plan for Europe initiative. The European Investment Bank (EIB) is the long-term lending institution of the European Union owned by its Member States. It makes long-term finance available for sound investments, in order to contribute towards EU policy goals.